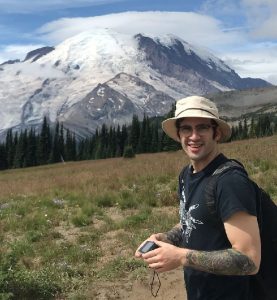 My goal is to create eye-catching visuals and exciting gaming experiences for people to bond over.

Cartoons and video games have been a major factor in my upbringing and life. Many of my friendships were built on them and this is how my brothers and I bonded growing up. Countless hours have been spent around the TV watching cartoons and playing our favorite video games. Being the middle child of two brothers growing was interesting because of the age gap. I bonded with each of them differently.

With my older brother, we used competitive video games. It started with Crash Team Racing’s deathmatch mode. We pooled our money together to buy a 4-port adapter for our Playstation and invite our friends over to play. Then we discovered Super Smash Brothers through one of his friends and we would bike over there all the time to play. Our biggest game came around middle school. I went to a friend’s house and he had an Xbox and showed me Halo. Instantly I was hooked and spent all my money buying an Xbox and the game. Halo was a staple all through Middle and High school. Lan parties were the best, I miss them so much. We would play 4 vs 4 matches in separate rooms, for maximum strategy.

My younger brother wasn’t as competitive as us, so we bonded over TV and movies. We really liked to watch cartoons together. When he was young he would watch the same movie every day for around a month before switching to a new one. The first movie I remember him liking was Kiki’s Delivery Service. Such a cute movie. Once I grew up I realized that Hayao Miyazaki was the creator, which surprised me. Most of my friends talk about Spirited Away being their first Miyazaki film but I saw Kiki’s Delivery service so much growing up I thought everyone must have seen it too. My younger brother’s and I favorite movie to watch though, was Iron Giant. The  Giant was mesmerizing with how they were able to make him feel like a real person. It’s hard to make a robot have emotions.

These games and cartoons that I’ve bonded with my brothers over have had a major impact upon my life and I’d like to make something that can do the same for someone else.

Responsibilities range from all aspects of 3D production.

Animation including characters, cameras, and effects.

B.S. in Animation with a concentration in Game Art.
Graduated 2013.